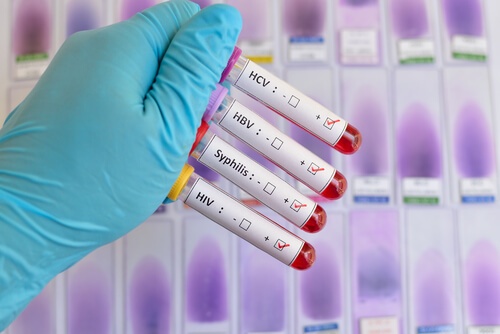 Chlamydia is a type of bacteria, and one of its varieties,

Chlamydia trachomatis, is the most common sexually transmissible infection (STI) in the world. It is considerably more common than gonorrhoea.

The symptoms usually appear about 2 weeks after sex with an infected person, although the incubation period can be as long as 3 weeks and as short as 3 to 10 days. Actually most infected men and women do not have any signs or symptoms.

The main symptoms (if present) are:

Sometimes there is no discharge, just pain. Most often the symptoms are trivial. About 40% of men with chlamydial urethritis may have no symptoms.

The first noticeable symptom is a slight tingling or burning at the tip of the penis, usually first thing in the morning. The pain sometimes becomes quite severe. The discharge soon follows. It is usually clear at first, but if untreated can become heavier and yellowish. The infection can spread to the prostate gland and testicles.

In some, the only symptoms are spots on the underpants or dampness under the foreskin.

In women, chlamydial urethritis usually causes no symptoms at all (this applies to about 70%) but may cause a change in vaginal discharge. Some may notice burning on urination, pelvic pain and some pain during sex inflammatory disease, which can result in infertility.

Because it causes no obvious symptoms, chlamydia is known as a ‘silent’ epidemic.

This urine screening test is now recommended annually for all sexually active males and females under 30years of age.

How is it caught and spread?

The main symptoms (due to urethritis) are:

The first noticeable symptom is a slight discomfort on passing urine, which can later become very painful, ‘like passing razor blades’, if it is not treated. A discharge of creamy pus from the tip of the penis follows. Sometimes there is no discharge, just pain, and sometimes there are no symptoms at all.

What are the risks?

What is genital herpes?

Genital herpes is a form of sexually transmitted infection (STI) caused by herpes simplex virus HSV, either HSV-1 orHSV-2. It produces painful ulcers on and around the genitals of both sexes. It is diagnosed by taking a swab from the ulcers for viral detection in the laboratory.

How is it caught?

With the first attack there is a tingling or burning feeling in the genital area and possibly a ‘flu-like’ illness. A crop of small blisters then appears; these burst after 24 hours to leave small, red, painful ulcers. The ulcers form scabs and heal after a few days. The first attack, which is the most

The virus usually affects the shaft of the penis, but can involve the glans and coronal sulcus, and the anus.

What should you do?

If you think you have herpes, see your doctor or attend a clinic specialising in STIs. You should not have intercourse during an attack, because you are likely to transmit the infection to your partner.

Syphilis is a serious sexually transmitted infection caused by a type of bacteria called Treponema pallidum which is passed on during intimate sexual contact.

What are the symptoms and signs?

The main symptom or sign at first is a painless sore (chancre) or ulcer at the area of sexual contact. However, not all people notice this and may be unaware that they have acquired the infection.

Syphilis classically goes through three stages referred to as primary, secondary and tertiary.

This is the first stage where the chancre develops where the infection entered the body about 10 to 90 days after sex. In men this is usually on the penis or the anus or in the mouth. In women it is usually on the vulva of the external genitalia. The sore is usually painless, feels hard underneath and is highly infectious. If it is tucked away in a site not readily in view, it can easily pass unnoticed. After about

4 weeks it heals and disappears but the infection can still be passed on to others.

The second stage appears about 2 to 4 months after the sore and lasts several weeks. In about 75% of cases a nonitchy flat red rash appears over all the body including the palms and soles. The person may notice swelling of lymph glands around the anus and in the groin and armpits. Other symptoms include fever, general tiredness and possibly hair loss. Like the primary sore this stage is highly infectious while the rash is present.

After several weeks the rash disappears and, if not treated beforehand, the disease enters the so-called latent phase, which is symptomless. It can only be detected by a blood test. About one-third will develop late syphilis which can have serious consequences for the brain and heart.

How is syphilis diagnosed?

After your doctor makes a diagnosis from the above symptoms there are tests to confirm the diagnosis. This will involve taking a swab from the chancre for examination under the microscope and DNA testing. Blood tests will also be taken to look for syphilis antibodies.

What are genital warts?

Genital warts(in the past sometimes called venereal warts) are soft clusters of thin frond-like warts that grow on and around the external genitals. They are more common in sexually active adolescents and adults. They are not the usual hard warts that we get on our hands and other body parts but are soft, thin, fleshy projections that grow in clusters rather like bunches of tiny grapes or cauliflowers.

The lumps are found on the tip of the penis in men, on the vaginal opening in women and on the anus in both sexes. They do not usually cause irritating symptoms such as pain or itching.

What is the cause?

They are caused by some of the many varieties of human papilloma virus (HPV) that cause all types of warts. The infection is relatively easily spread from person to person through close human contact.  However, not all cases are sexually transmitted; they may spread from warts on the fingers, especially onto a very moist vaginal area. The risk of infection increases with poor hygiene, crowded living conditions and poor nutrition. The risk increases with multiple sexual partners, the presence of other sexually transmitted infections (STIs)

Not using condoms. What are the risks?

Although some types of papilloma virus are associated with cervical cancer in women, the virus that causes visible genital warts is different and is not considered to be a strong risk factor for cervical cancer. Regular Pap tests (of the cervix) should be taken as usual by your doctor.

Condoms and other barrier methods of contraception do not always give full protection. Your doctor may check for other STIs as these are often associated with genital warts.

How can spread be prevented?

Genital warts are very contagious, so avoid sexual activity until all the warts heal completely; then use condoms during sexual intercourse. It is important not to scratch the warts and to practise good hygiene by keeping the genital area well washed and dry. Sexual partners should be informed by you, checked by their doctor and perhaps referred to a specialist clinic.

Genital warts usually eventually disappear, even with no treatment. However, they can be distressing and may need to be treated. The treatment varies according to the size and proportion of the warts and what best suits the person who has them. Warts may be removed by chemical or physical means (e.g. electrocautery or liquid nitrogen).

A better method these days is a PCR test, done on a specimen of urine. 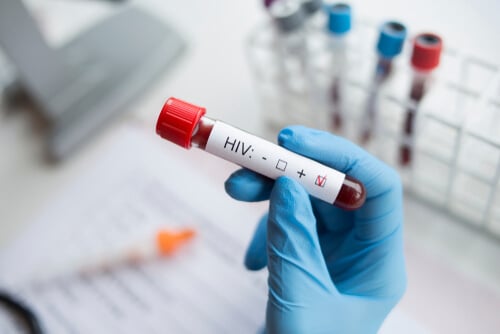 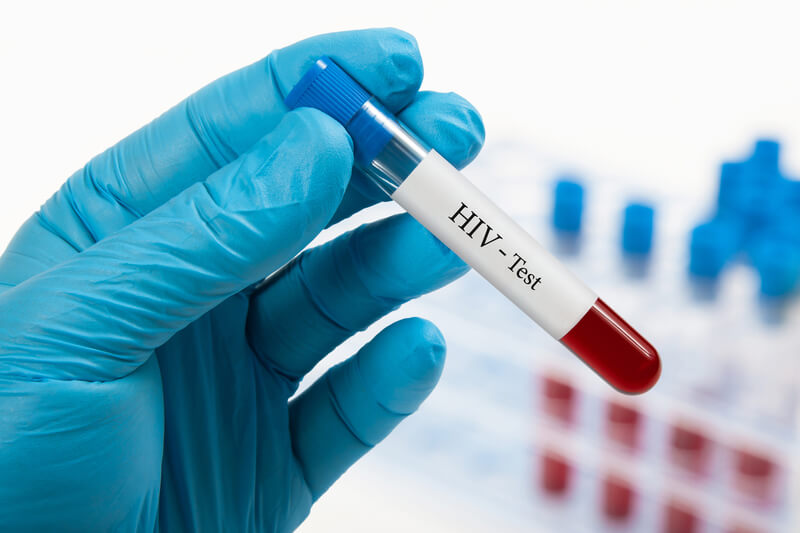